Jazz and the Blues as catalysts for communal contemplation 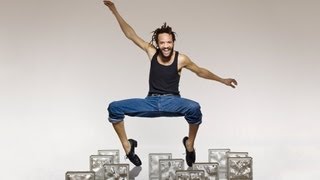 Tap Dancing as a Contemplative Practice

Tap Dancing as a Contemplative Practice

Tap dance as a secular contemplative practice came into my view at an Atlanta showing of the Broadway show Bring in ’Da Noise, Bring in ’Da Funk. The show was a tap-dancing re-creation of the journey of the black community from Africa through the present day. In this show, Savion Glover created a contemplative moment with his feet, not unlike the ring-shout dancers of coastal Georgia. Glover is a wild and insubordinate tap dancer. I don’t know what it means to have insubordinate feet, but he has them. Glover offers a defiant stomping—a wacky, counterintuitive, revolutionary/integrationist reverie. ​

It is a dance that will not compromise with the struggles of life. There are no words; the silence is filled with the sound of his feet and the voluntary surrender of the audience to the contemplative moment. The clack of heel and toe against wood brought us back to another time, when hush harbors held the hopes and entreaties of a desperate people. In the dance that was like what I imagine David might have danced, where one sheds inhibitions rather than clothes, there was a suspension of the ordinary that exceeded the theatrical moment. On stage, Glover is introspective, according to writer Joan Acocella: “He is simply occupying a space of his own, which is different from ours. . . . Perhaps tap is meant to be this way, not a lot of things but just one thing, a product of deep and private thought.” Refusing to “skin or grin” in the style of minstrel performers who sullied the art for some African Americans, Glover simply puts it down, then taps the questions that have no answers, inviting us into the hypnotic rhythms that move us inward. After all is said and done, the objective, rational thinking aspect of our human life is balanced by a rhythmic breathing and pulsating interiority.